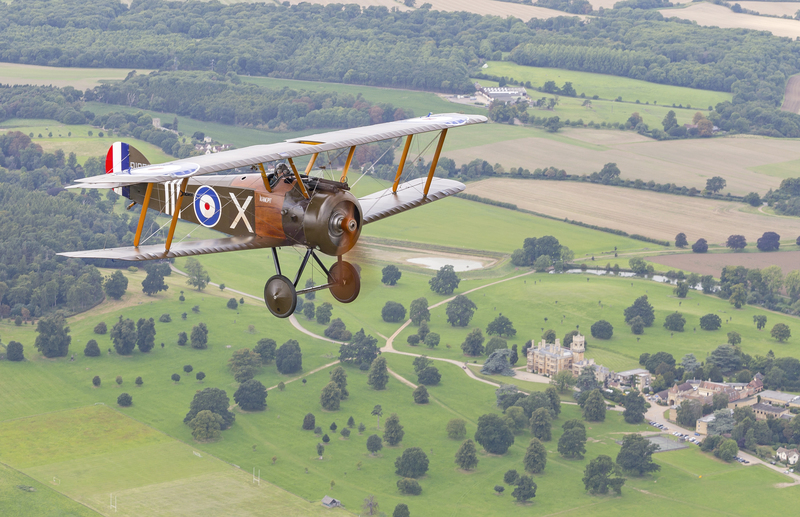 On the 21st April 1918 Canadian Roy Brown was flying a Clayton & Shuttleworth built Sopwith Camel when he was credited with shooting down the infamous Red Baron, Manfred von Richthofen. The event was recorded globally in newspapers and was also commemorated with a souvenir brochure for workers at the Clayton and Shuttleworth company.

The Camel involved was B7270 and had been built by Clayton & Shuttleworth in their Titanic works in Lincoln. The aircraft was issued to 209 Squadron earlier in 1918 and had been flown several times by Roy Brown, being used to shoot down other aircraft before being credited with the victory on 21st April.

At the time of the victory, Richard Shuttleworth was approaching his ninth birthday. Perhaps some of the reports of aircraft built by his uncle’s company had the effect of inspiring Richard and fostered an interest in aviation that would last his lifetime.

100 years on, the Shuttleworth Collection is proud to house an airworthy exact replica of a Sopwith Camel, which can be seen flying at events throughout the summer.